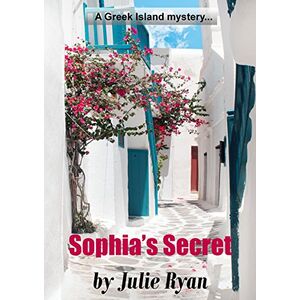 This is the second book in the Greek Island Mystery series. Although each book is intended to be read as a standalone, some of the characters from the first book, ?Jennas?s Journey?, do make an appearance.
Kat has never understood why she was sent at the age of seven from Greece to live in England with her Aunt Tigi. When she receives an email from her grandmother, the first contact in over twenty years, informing her of her mother?s death, she knows this could be her last chance to find out the truth. Little by little she finds out the shocking facts as her grandmother opens her heart. It seems everyone has a secret to tell, not only her grandmother, as Manoli, her school friend, also harbours a guilty secret. Then there?s a twenty year old mystery to solve as well as a murder and what happened to the missing Church treasure?